Traffic to/from another device is not getting captured

I’m trying to use Wireshark on a Win8 laptop to capture the wifi traffic of an MSP430/CC3100 iot device on my network,

The IP/MAC of the device, as reported via the serial port, matches the IP assigned to that MAC in the router’s DHCP table.

However, I don’t see ANY traffic on Wireshark to/from that IP, despite the device working and application communicating to the net. Since there’s lots of traffic on my network, I thought maybe I’m just missing it, so tried filtering to only that IP but it also shows no traffic.

The laptop and the iot device, both connect to the network via the same wireless router, so not sure why it wouldn’t see that traffic? 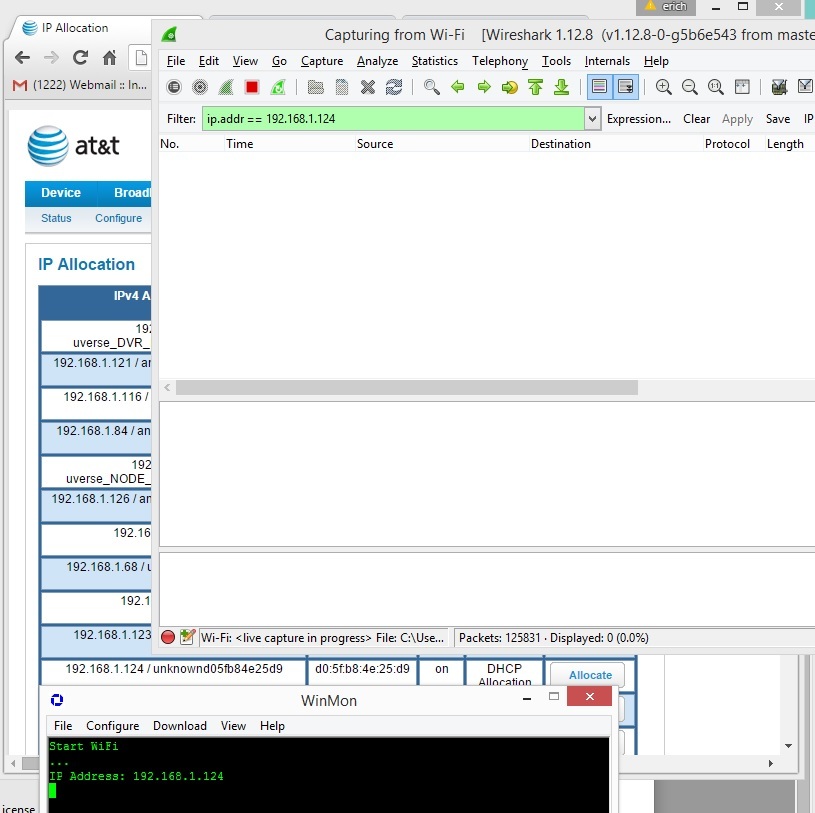 Does your wireshark/your laptop see any other wireless devices on that network? Sometimes wireless routers are configured in such a way that each device only sees the gateway (AP Isolation).